Welcome to my 2016 swim website. For those of you who don't know me, I swam Lake Ontario the easy way in 1983 and the hard way in 1984. I “came out of retirement" to swim the English Channel (oldest Canadian woman) in 2011. In 2013, I was the oldest Canadian to swim the Catalina strait in California. After swimming around Manhattan Island (oldest Canadian) in 2014, I became the first Canadian to complete the Triple Crown of open water swimming (English Channel, Catalina Strait and Manhattan.) Last year I was the first to swim between three provinces: from Nova Scotia north to New Brunswick and across the Northumberland Strait to Prince Edward Island (34 kms). This year on March 18, I became the first Canadian and the oldest woman ever to swim the icy and turbulent Cook Strait between the south and north islands in New Zealand. (See links below for more detail.)

On August 11, 2016, I hope to become the first Canadian to swim from Plymouth to Provincetown, Massachusetts, across Cape Cod Bay. This “P2P” swim has only been accomplished by 6 people (all American), although the swim has been attempted numerous times since 1915. The swim from Manomet Beach in Plymouth to Herring Cove Beach in Provincetown is about 32 kilometers. The biggest challenge is the current which circulates in a counter-clockwise direction around the relatively shallow bay. The water temperature is expected to be between 16 and 21 degrees Celsius. The swim is officiated by the Massachusetts Open Water Swimming Association (MOWSA), whose rules are based on the English Channel rules. https://massopenwaterswimming.com/

I am pleased to be able to use this opportunity to raise money for Sashbear, an organization founded by Lynn Courey, whose daughter, Sasha, a swimmer with Borderline Personality Disorder (BPD), died by suicide in 2011. Sashbear funds education programs for therapists, families and in schools. I have dedicated my psychiatric career to the treatment and research of BPD, which has a suicide rate of 10%. More treatment programs and support for families are desperately needed in Canada. Please support my swim by donating to Sashbear. Thank you. http://sashbear.org/en/ 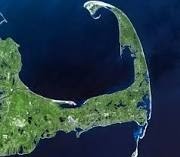 If you are curious about what I am swimming in 2017, please visit my new blogspot. Marilyn
https://swimwithmarilyn.blogspot.ca/

Article about the P2P swim

After nearly 8 hours Marilyn has 7. 4 miles left. We can see sand dunes and beach at Herring Cove on the tip of Cape where she hopes to land.
Posted by Marilyn at 09:52 2 comments:

Email ThisBlogThis!Share to TwitterShare to FacebookShare to Pinterest
Marilyn has been swimming for 5.5 hours and has accomplished 13.5km of her 30 km swim. Her husband and son have been helping her navigate alongside the Flyin Finn from the kayak. The wind has picked up from this morning but the waves are still less than a foot. The sun is shining and a couple of finback whales have been spotted in the distance. Stay tuned.
Posted by Marilyn at 07:39 1 comment:

Email ThisBlogThis!Share to TwitterShare to FacebookShare to Pinterest
In two hours Marilyn has covered 3 miles. Gentle breeze from south and calm sea. Water is now 69F. Marilyn has replaced her clear goggles for tinted as the sun is directly in front of her in the east. We are aboard the Flying Finn that is 39 ft cabin cruiser with large cabin and plenty of room for us.
Posted by Marilyn at 04:42 1 comment:

Email ThisBlogThis!Share to TwitterShare to FacebookShare to Pinterest
Greg O'Connor is our official observer from Massachusetts Open Water Swimming Association (MOWSA). He indicated that there have been 8 documented solo swims and one relay across Cape Cod Bay a distance of 19 to 20 miles (30-32km). Marilyn is the first Canadian to attempt this swim.
Posted by Marilyn at 03:18 No comments: 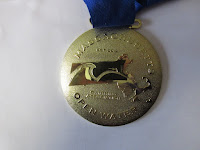 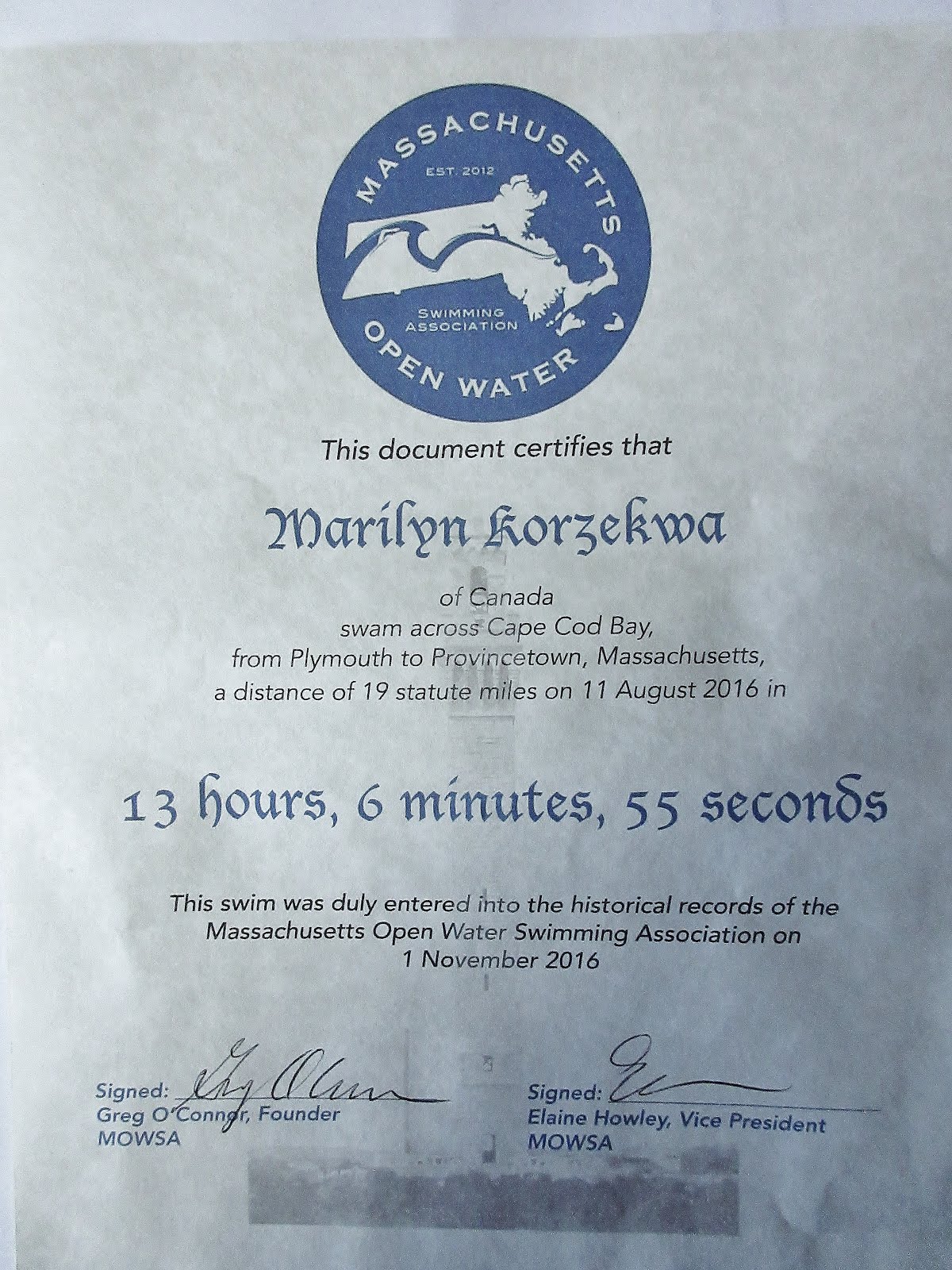 The finish in Provincetown

My son in kayak behind a wave

All striped up and ready to jump in

I am so excited that Sashbear is now a registered charity. I first worked with Lynn in 2012 when she invited me to speak about swimming an...

You can see Plymouth in the background 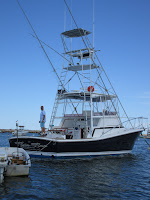 Provincetown is in the distance behind me 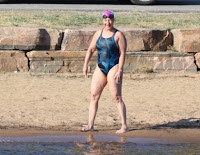 Lake of Bays, Start in Baysville 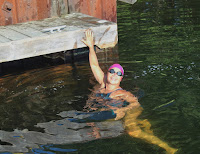 (I swam from left to right) 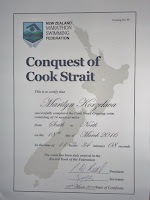 Sunset over my finishing point 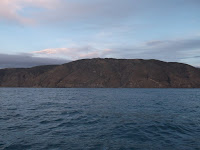 Philip and Colleen watching me swim 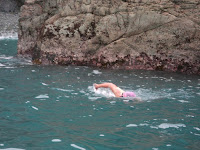 Standing under the silver fern, the symbol of New Zealand

Swimming in the Cook Strait with Sashbear 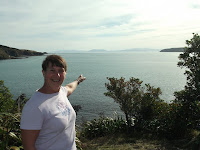 Map of the Cook Strait 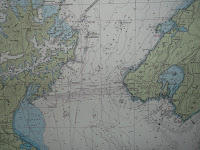 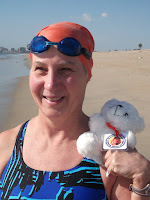 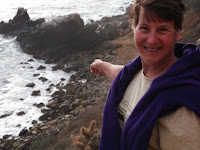 Lighthouse at Point Vicente, Catalina Island across the water 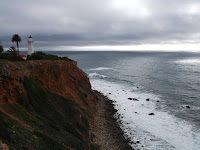